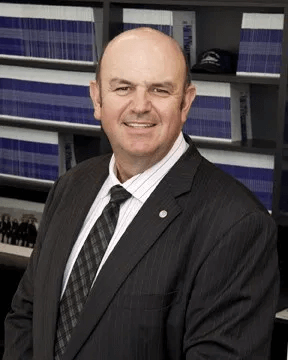 Brent joined the Centre for Customs and Excise Studies in January 2013. He is responsible for managing the Centre’s commercial operations including our accredited and short-course vocational programs. He is the Course Convener and Primary Assessor for the Advanced Diploma of International Business Management and has also lead project teams delivering vocational training in Laos, the Solomon Islands, Oceania and Papua New Guinea.

Brent has over 35 years’ experience in international trade both in the public and private sectors. From 1983 until 2008 he worked with the Australian Trade Commission (Austrade) including appointments as Australia’s Consul General and Consul (Commercial) in Osaka, Japan, First Secretary (Commercial) at Australia’s Embassy in Beijing, China, and numerous appointments in Australia including management of Austrade’s TradeStart Program. In 2008 he left Austrade to join Canberra software company Recruitment Systems as its General Manager and Vice President Global Channel Partners. His responsibilities included managing the company’s day to day operations and driving its international business expansion.

Brent has previously held positions as a Trade and Investment Ambassador for the Australian Capital Territory and President of the ACT Exporters Network. He holds a Graduate Certificate in Customs Administration and a Masters of Business of Administration from Charles Sturt University, a Bachelor’s Degree in Economics from the University of Sydney, and a Certificate IV in Training and Assessment.