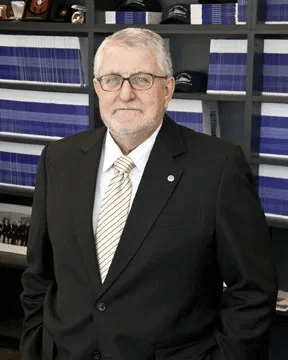 Greg is the course coordinator for the Bachelor of Border Management and the Master of Customs Administration programs at Charles Sturt University.  In June 2015 his contribution in this role was recognised by the University with an individual performance excellence award.

Greg has a wide range of Customs specific skills following 37 years’ experience with the Australian Customs Service. He has conducted training courses throughout Australia and overseas in areas such as tariff classification, valuation and origin, investigation techniques, antidumping and countervailing, WTO and GATT Law and the WCO Revised Kyoto Convention on the Simplification and Harmonization of Customs Procedures.

Greg actively contributed to the revision of the Kyoto Convention as a member of the WCO working party and has represented Australia at many other forums.  During his Customs career he has worked in both a regional port and central office Customs environment and also represented Customs as an Attaché in the USA.  In central office he had policy responsibility over a wide range of matters relating to cargo and trade facilitation such as – goods declarations, duty concessions, temporary imports and refunds.  He has been the Government member on the committee which licenses Australian Customs Brokers.

Greg completed his Customs career as the Director Dumping Operations where he was responsible for the technical anti-dumping input to Australia’s negotiation team at the WTO Doha Round of trade negotiations.  He has served thrice as a WTO panellist adjudicating Anti-Dumping WTO disputes.