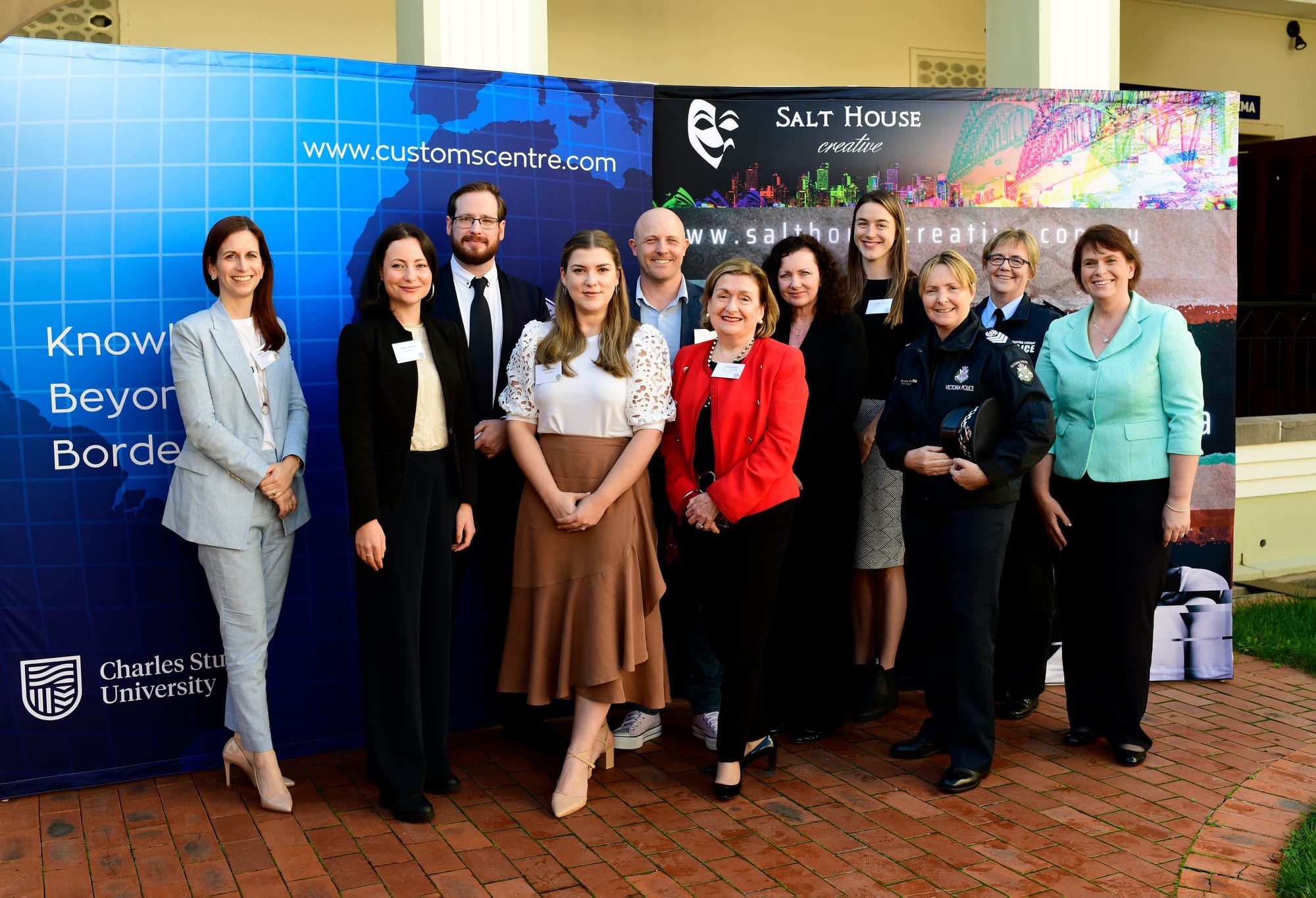 On 3 May 2022, the Centre for Customs and Excise Studies at Charles Sturt University (CCES) in association with Salthouse Creative held the preview screening of Trafficked to Australia, a one-hour documentary that examines Australia’s involvement in the dark world of human trafficking.

According to CCES CEO, Professor David Widdowson, “The project was originally designed as an educational resource, which we commissioned to support students enrolled in our Human Trafficking course, which is being offered for the first time this year. But as the unsettling stories from survivors and those who are seeking to assist them emerged, together with reports from law enforcement agencies and other leading experts in the field, it soon became evident that Trafficked to Australia should be shared with a far wider audience”.

“Human trafficking is without doubt one of the most abhorrent and inhumane criminal activities in society today. Its story must be told, its prevalence in Australia must be recognised, its victims must be heard, and its perpetrators must be brought to justice. And hopefully Trafficked to Australia will play some small part in achieving this”.

The documentary, directed by Dr Daniel Widdowson, Artistic Director of Salthouse Creative, includes interviews with victims of human trafficking; law enforcement agencies including the Australian Federal Police, Australian Border Force and Victoria Police; and a range of organisations that are supporting victims. Distribution arrangements for the documentary are currently being finalised.