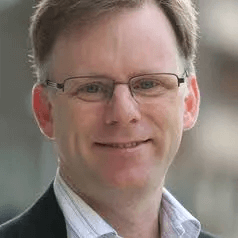 Professor Andrew Grainger is a trade facilitation practitioner, academic and educator with over 20 years of experience. He works closely with Universities and research institutes around the world, is regularly contracted by government agencies, companies and international organisations and has held various Short Term Consultancy (STC) appointment with the World Bank. In previous roles, Andrew was the Deputy Director for Trade Procedures at SITPRO, the UK’s former trade facilitation agency, and Secretary for EUROPRO, the umbrella body for European trade facilitation organisations. His PhD thesis in Supply Chain Management and Trade Facilitation was awarded the prestigious Palgrave Macmillan Prize for best PhD in Maritime Economics and Logistics 2005-2008.

Andrew is very experienced in working with both the public and private sector. In addition to his expertise in trade and customs procedures he has also led a series of projects that deal with risk and uncertainty at UK ports (borders) and port-dependent supply chains, especially in the food sectors. Much of his current activities are Brexit related.

Andrew has written more than 100 articles, studies, reports, book chapters and teaching notes. Much of his work is published by international organisations.  He has served as witness at the UK Parliament, and has also conducted workshops for members of the European Parliament.