Australian Budget 2022: Excise measures – what are the effects 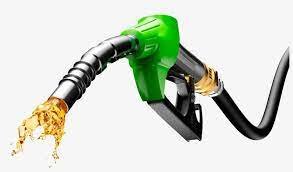 Excise, one of the lesser discussed taxes in our economy, had a busy budget this year.  There was plenty of speculation about fuel and beer excise, and potential cuts to both allowing for consumers to enjoy cheaper prices at the petrol pump and ease a major cost of living, then return to pubs and clubs that were empty during COVID by offering lower priced beer!  As we saw, only fuel received the tax cut, but this was a very generous ($5 billion) 50% cut for six months, or 22 cents per litre beginning midnight straight after the Budget speech.

It has to be said, that whilst it is possible that we might see 22c come off the price of a litre of fuel in the coming days, equally we may not see an exact 22c per litre price drop either, in fact the fall could be smaller, or there may be none at all, or even some more price rises. Excise is only one component of fuel pricing, and whilst it is set, other price components are not set and will continue to fluctuate, in particular the world price for oil which is well outside the control of federal budget. Supply and demand also sets pricing, and should this budget announcement see drivers flock back to their cars and take more long drives, this increased demand will work to keep pricing up.

People may not be aware that fuel excise is targeted at the on-road use of private and light commercial vehicles (less than 4.5 tonnes) only. Fuels which have had excise paid but are used off-road such as agriculture or mining, or on non-public roads, or indeed are used as inputs to other manufacture may be entitled to ‘fuel tax credits’.  Trucks for example that deliver goods in the supply chain are in fact in fact entitled to a fuel tax credit less any prevailing ‘road user charge’.  As such, those super-market prices may not necessarily fall either if transport costs were part of the current price increases that we are seeing in the shops.

Perhaps the most effective excise changes were signalled in advance of the Budget but are less glamorous and so may have been missed.  Small fuel and alcohol excise payers, being those with an annual turnover of less than $50 million, will have their deferred payment arrangements extended to 90 days, up from the current weekly or monthly settlement arrangements.  This is a significant cash flow assistance, as rarely do the customers of manufacturers pay up before the excise is due with the ATO meaning manufacturers are funding the excise themselves often for several weeks.

There is also good news in the excise licensing space.  Some of the discrepancies between import and domestic production licensing are hopefully set to disappear.  Fees payable to Border Force to store imported excise equivalent goods will cease as they have for domestic excise goods, and importers will now have access to ‘client level’ licensing and ‘client level’ bonded movement permission.  Both will add directly to the bottom line of excise businesses, in particular those that want to offer a portfolio of domestic and imported products to customers.  Finally, a targeted licensing exemption is set to be enacted for hospitality venues that serve beer from kegs into 2 litre containers known as ‘growlers’ and is capped at 10,000 litres per annum.  Repacking from bulk containers to other bulk containers is considered as ‘manufacture’ and as such needs an excise manufacturing license and this new measure will exempt this practice providing some ‘red tape’ relief to these venues.