10 years of the World Customs Journal 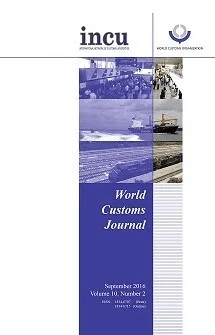 The September 2016 edition of the World Customs Journal represents a significant milestone in the Journal’s history and that of the International Network of Customs Universities (INCU). At the first Partnership in Customs Academic Research and Development (PICARD) conference, which was jointly launched by the World Customs Organization (WCO) and INCU in 2006, there was considerable debate about how the PICARD initiative should be progressed. One thing in particular that I remember clearly was a message we received from a number of delegates – that the development of an international academic journal dedicated to Customs matters was simply too hard to achieve and excessively ambitious. Undeterred, at our 2007 conference, the first edition of the World Customs Journal was launched – and the current edition marks a full ten years of publication. So much for the critics!

The purpose of producing such a journal was to provide customs professionals, academics, industry researchers and research students with an opportunity to share and draw upon research, academic commentary and practical insights to enhance its readers’ knowledge and understanding of all aspects of the roles and responsibilities of Customs. At the time of the Journal’s launch, Secretary-General Mikuriya (who was at that time Deputy Secretary-General of the WCO), announced that, in his view, the Journal would serve as a valuable source of reference for Customs to meet the requirements of its new strategic environment, and would also serve as the flagship of the cooperative effort being made by the WCO and the academic world. So, as you can see, the Secretary-General has been a strong supporter from the early days of the partnership – and we thank him for his ongoing commitment and support.

In the intervening ten years, the Journal has adhered closely to its original purpose, and has lived up to all expectations as it continues to raise the academic standing of the customs profession. To mark the Journal’s tenth anniversary, we will be producing a commemorative edition of bound volumes, the details of which will be available shortly.